Mark Zuckerberg’s recent blog post outlining Facebook’s new company vision was no less than a seismic shift in the tech space. The post promotes end-to-end encryption and user privacy. It recognizes Facebook’s widely criticized track record in user privacy by regulators and of course its user community. A shift of this magnitude reflects just how much the “digital” consumer opinion has changed on the topics of data privacy and security over the past several years.

First: “I told you so. And I applaud this announcement.”

While I appreciate the recognition of user privacy and data security concerns, I am also a little confused: Zuckerberg’s message of moving toward a more secure and private model comes across as half-baked. Stating that Facebook will shift to an all-encrypted, private messaging model is like Ford announcing that they are getting out of the traditional car business.

Theoretically, it is possible to do, of course. But I am very curious to see how Facebook plans to keep making money, especially knowing that Facebook earned 98% of its revenue from user data-driven advertising in Q4 2018.

Previous recent public statements by Facebook indicate that this decision was made recently and maybe hastily. Zuckerberg’s own Congressional testimony described a very different world with a different agenda and different business model. Facebook has long staked out a strong position that monetizing user data, and selling this information for advertising, is a core pillar of its business model. To wit: Zuckerberg stated before Congress: “We think offering an ad-supported service is the most aligned with our mission of trying to help connect everyone in the world, because we want to offer a free service that everyone can afford….That’s the only way that we can reach billions of people.”

What’s more, the company used this business argument as justification for its privacy policies. It has laid out clear future plans to continue to collect and commercially exploit consumer data. So, while I am really encouraged by the announcement, I’m quite curious about:

So far, Facebook has not responded to these and other tough questions that services like Symphony have already faced and squared with years before. It will be fascinating to see how they work these and a multitude of other problems out and whether they do it transparently and in a way that users trust that the company has matured and it is now entering a new era of security and privacy.

Zuckerberg’s comments warrant critical review and optimism, but are still a major turning point for the technology industry. He has acknowledged that his company’s digital security model needs a total overhaul. At the same time, the public pressure to change how tech companies use and protect our digital assets has never been greater. I wish and hope to see more action on this topic while Facebook has turned a spotlight on the issue.

26 February 2021, London – Symphony Communication Services has appointed Corina Mitchell as General Counsel, effective on 1 March 2021. She will be leading the 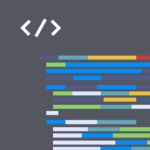 What you need to know about Symphony’s Bot Developer Kit 2.0

There is no debate that the way we work has been transformed in 2020. A new wave of digital collaboration and innovation drove record growth of the Symphony community. More than half a million users count on Symphony to connect, collaborate and create efficient workflows. Here are some highlights.

There is no debate that the way we work has been transformed in 2020. A new wave of digital collaboration and innovation drove record growth of the Symphony community. More than half a million users count on Symphony to connect, collaborate and create efficient workflows. Here are some highlights.