One year out from the start of the sweeping COVID-19 pandemic that changed working conditions globally, many firms continue to struggle with how to address the challenges they have faced during the transition, particularly voice trading in what has become a virtual market ecosystem. While every company needs to employ remote working capabilities, there is no question that it is difficult to manage and can create challenges when trying to access and store voice data.

There are a number of systems that can capture voice data and many others that can retrieve it, store it, and analyze it. However, there is no single standard defining how institutional voice data needs to be captured. Firms have ample amounts of voice metadata detailing where a conversation began and where it ended, but one of the issues the industry faces is that there is no single agreement on how to represent voice data in a unified way. This has resulted in consumers of that data having to integrate and manage a wide array of unstructured data formats.

As customers became more interested – and in some cases compelled – to capture information from voice communications, it became clear that this issue needed to be addressed.

The FINOS Voice Metadata Standardization working group has taken a number of steps to try to unify the metadata. However, in order for these steps to be enacted and become valuable to users, the standard needs to be adopted across the industry to ensure the process is uniform.

While the simple facet of the equation is capturing and storing voice data in a standard-based method, the more difficult element is transcribing the data and then structuring it so that firms can make more informed trading decisions and leverage it for regulatory purposes.

There are numerous vendors that have expertise in natural language processing (NLP), data structuring, and transcribing data. It will be the responsibility of the producers of such data to make it available via standards-based APIs whereby owners of this data can easily make it available to their vendors.

In the cloud versus on-prem

The next barrier is access to the data. When examining the current situation around structuring data for voice, the lead question must be how comfortable companies will be capturing and storing recordings and metadata in the cloud.

As financial institutions continue to acclimate to longer-term remote work strategies, some are employing permanent work-from-home policies, while others are returning to their offices. Regardless of the approach, the reality is that it will be a hybrid of the two for the foreseeable future. This has resulted in not only an increased appetite for the cloud – but an increased need, particularly in enhancing flexibility and redundancy.

Today, the majority of metadata is captured and stored in on-site facilities. A potentially more effective solution is the use of secure cloud storage. This allows users to access data via APIs making it available to analytics vendors of the customer’s choice and allowing them to leverage the full value of the data.

There are some institutional traders that are generating more than 300,000 recordings per month and are using cloud-based APIs that allow them to perform reconciliation at better than 99.9% accuracy. This provides better accuracy than many on-prem systems. For the first time, customers are approaching vendors for more robust cloud-based voice data solutions as opposed to the other way around. These software-based voice trading systems also provide the compliance features necessary to allow proper trading oversight regardless of work environment.

A software-based voice trading system that can be used from anywhere has become much more than just a “nice to have” – it is now a basic necessity.

Historically compliance and surveillance have been managed with on-premise solutions. But with new challenges of remote working and tremendous advances in technology, effective cloud-based UCC and voice trading solutions are emerging. This shift has forced vendors to offer products that work as well in cloud settings as they do in traditional on-prem, while enabling a seamless transition to what will be the new normal.

For the first time, firms are more open and comfortable allowing their data – including voice and communication data and disaster recovery solutions – to reside in the cloud. With users that traditionally work both on and off the trading floor distributed across numerous locations, the cloud has become the easiest place to store and retrieve data.

Voice data will be made more accessible and available as it migrates to the cloud allowing owners of data to grant access to best-of-breed analytics vendors. Compliance vendors will use standardized APIs to access that data to provide compliance and analytics capabilities regardless of the location of the systems that are generating the data.

Finally, if an industry-wide standard for the data format is agreed to, producers and consumers of that data will find it far easier to provide value to their customers.

This article was originally published in Traders Magazine. 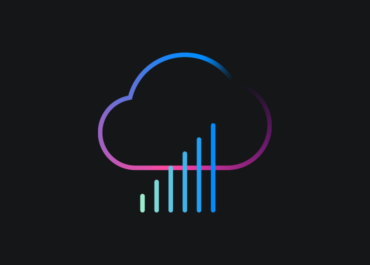 Keeping up with cloud evolution

For better or worse – and perhaps like it did across all business sectors – the pandemic accelerated many of the financial services industry’s underlying trends. Overnight, almost everything was instantly propelled forward. Practices that have been holding the industry back seemingly forever – such as users’ reluctance to adopt technologies that would disrupt entrenched practices, or the way enterprises manage their resources and technology stack – suddenly shifted into high gear. Change became an urgent necessity. 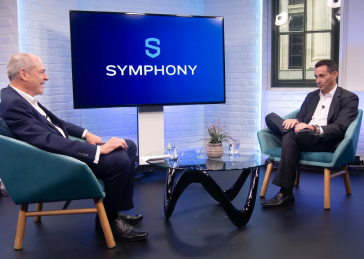 Symphony CEO on connecting people ‘with purpose,’ building at scale, and how the timing is perfect for their business, solutions, and the markets they operate in. 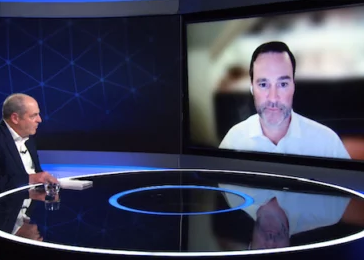 The newly appointed Symphony CRO and former founder of StreetLinx on the market, federated directories, and connecting with less friction, more purpose.